Sherry lives in a mid-sized city in Southern Wisconsin. Fifty-three years ago she married Bob, her high school sweetheart, just two days after high school graduation. She's a wife, mother, grandmother, and great grandmother, but "first and foremost," she says, "I’m a writer." She's been producing novel after novel her entire life, with the end result being that she is one of the most prolific authors I've ever heard of. Please welcome Sherry Derr-Wille. 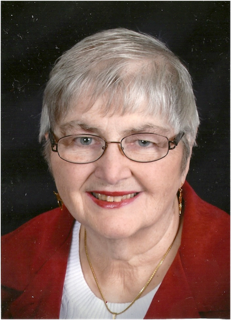 The Return of the Ancients – You Again

How many books have you written? Published/unpublished?

I've been writing since I was fifteen. I've tried not writing, but after about twenty minutes I’m back at it again. I write not because I want to but because I have to.

I have a couple of names that show up quite often ie: Karl & Kate. Usually I wait for the characters to name themselves.

Just when I think I’ve hit a dead end another an idea pops into my head. I've had several times when I'm at a loss and the characters of another book appear out of nowhere. I've also been known to dream the entire plot of books. I live an interesting life with a lot of imaginary friends.

I've been told there are only nine plots in romance. If I’m not original, I’m afraid my fans will be disappointed.

It is very important. Another thing that is important is being completely correct. Readers expect facts to be right and will catch you on it every time. I've been caught once and it wasn't pretty. I tell writers to always check their facts and then check them again. In other words, you need to be more accurate in fiction than in non-fiction.

Writing in several genres means whatever I write has to be fresh and new. I think the book I have coming out in June from Class Act Books is a good example. Blood Relatives is a crime story set in Chicago. It is out of my comfort zone, but it's also something I wrote many years ago. Unfortunately, when I went to recreate the story, I couldn't find the original so I needed to start from scratch and make it fresh and something unexpected by my fans.

Thank you so much for stopping by and sharing with us, Sherry! If you'd like to learn more about Sherry Derr-Wille, please visit her websites here:

For a look at her fiction, check out this excerpt from one of her popular Rhonda Pohs mysteries!

BLURB from The Man in the Lake, a Rhonda Pohs Mystery.

Rhonda Pohs has been hired as a token woman cop to say nothing of a grief counselor for the force of Milton, WI, although the town is never mentioned in the book.

When a man, who has been a womanizer all his life, is found floating in Storres Lake, Rhonda is sent to comfort the widow. To her surprise, the man’s mistress is also there.

Throughout the twists and turns of unraveling the murder, Rhonda proves she’s not just the token woman or the grief counselor, she’s a top notch detective and someone to be reckoned with. 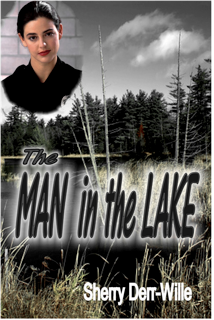 EXCERPT from The Main in the Lake (edited for minor profanity):

“I think you ought to take this one, chief,” the secretary said through the intercom.

Jack sighed deeply and picked up the receiver. “Franks here.”

“Jack, this is Al. I just went out to Storrs Lake fishing and there’s a man floating in the middle of the lake.”

The panic in Al’s voice was enough to send chilled shockwaves through Jack’s body. “What do you mean a body is floating in the lake?”

“Just what I said, a--hole. I came out to fish and there’s a body out there in the middle. I haven’t tried to go out and bring him in. He must have drowned, but I’ve seen enough cop shows to know you don’t touch things at a crime scene.”

Jack rolled his eyes. He and Al had been friends since kindergarten and Al tended to exaggerate. If his friend were a woman, Jack’s wife would have called Al a “drama
queen.”

“Are you sure some kids haven’t stolen a mannequin from the mall and dumped it in the lake?”

“Mannequin, hell, this ain’t no mannequin. It’s a man, and he’s dead I tell you. Now get your a-- out here and investigate. That’s your job, after all. You should do something to earn your pay rather than just sitting in the office reading the paper.”

Jack shoved the paper aside, ashamed everyone knew about his duties and reading the paper was all he had to do on a Friday morning. “Okay, I’ll humor you, but if this is one of your practical jokes, so help me Hannah, you’ll pay.”

He hung up the phone, but it rang again before he had the chance to grab his keys and head out the door.

“This is another one you have to take,” the secretary assured him.

“Franks here,” he said, just as he always did when he answered the phone.

On the other end of the line he could hear a woman crying. “This is Kitty Reedman and my husband is missing.”

Jack thought about Karl Reedman. He was hardly what anyone would call a “faithful” husband. He recalled he cheated on his first wife, Barbara, with his second wife, Marie. Then he’d cheated on Marie with his third wife, Christine. Just lately he’d cheated on Christine with his current wife Kitty, so why was Kitty so upset about him staying out all night? He was probably just scouting out wife number five.

“What do you mean he’s missing, Kitty?”

“Oh Jack, it’s so terrible. Karl went out last night to get a pack of cigarettes and he never came back.”

“Are you sure he’s not with a friend?”

“Positive. I know what you’re thinking. I know all about Susan Barclay. I called her and she hasn’t seen him either.”

“I’ll look into it, Kitty. I have something else I have to do first and then I’ll be right over to file a missing person’s report. I’ll see you in a couple of hours.”

He hung up the phone and wondered where in the h--- he was going to find a missing person’s report form. He knew they were somewhere in the office, but since his secretary, Melissa, arrived and reorganized the filing system he couldn’t find a d--- thing.

“I need a missing person’s report form.” He approached Melissa’s desk. “Do you have any idea where I might find one?”

The Rhonda Pohs Murder Mysteries are available at:

Amazon: https://www.amazon.com/Lake-Rhonda-Pohs-Mystery-Book-ebook/dp/B00GDV938K/
Posted by Jeremy at 12:09 AM