Linda Burson started out writing non-fiction stories, but now focuses her time and energy on writing contemporary fiction novels. Though she never published any non-fiction works, she has multiple fiction novels published and is working on another romantic suspense novel. This genre is what motivates her now, but that may change at any time. Please welcome to Nifty Newly, author Linda J. Burson. 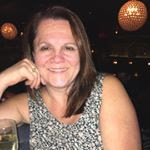 What's the title of the book you're currently working on? I'm writing a short story at this time and as of this interview, I do not have a title for it. Usually, the title is the last step for me after I finish the end of the story.

How many books have you written? Published/unpublished? What genre? I have written 13 books for my Marcy series which is a romance thriller/suspense. Six of those books have been published so far. The balance, though already written, need editing. I have a stand-alone novel that was just published this month called The Colors of My Life; I have a murder mystery completed called Murder Between Friends which I'm hoping to have published sometime in 2017, and I have a suspense/mystery short story that is completed.

What inspires you, as a writer? Inspiration comes when I least expect it. It can be from something I see or hear or remember from long ago, but they all usually come to the forefront of my mind when I'm alone and it's quiet. Sometimes, just taking a drive in the country gives me a peace which lends itself to ideas, which gives me the passion to go home and begin another story or continue with one I've started.

How do you come up with names? I try as much as possible to use first names of people I do not personally know. As for last names, I play around with sounds and repeat the first name I've chosen to see how it fits. Also, I try to remember street names I've seen and sometimes use those. If I want names to direct someone to a specific nationality of my character, I learn how those names are spelled be it ending in a vowel, etc., and then play with the sounds out loud until I find something that I like.

How do you come up with ideas? Ideas come to me from a variety of ways. Maybe I reminisce about an event from years prior; or I think about a situation in my life that I can exaggerate or expand on. I've even thought about incidents in the news that I can take and twist into a different kind of story, but it gives me the basic idea.

Why is originality important in fiction? Or is it important? Originality is important for most stories; however, it most likely will not be achieved. I personally, do not believe there is anything that can truly be original. No matter what we write, it has all been done in some form or another. Maybe a novel isn't repeated in its entirety, but you can bet each part of a story is most likely to be found in a multitude of other stories.

What would you consider a good example of originality in your fiction? The biggest original part may be that I have a triangle marriage; a woman married to two men, having children and all living in the same house. I know it's been done with a man having multiple wives and children, but I haven't read anything where there was one woman with multiple husbands--but who knows. It may be out there somewhere.

Thank you so much for your time, Linda. Happy writing! If you would like to learn more about Linda Burson as an author, or more particularly her romantic suspense novels, check out the bio, links, and book excerpt below. We've labelled them all for you. :-)

Linda is an author from Connecticut.

After years of writing and editing for others, raising a family, and over twenty years of running her own businesses, Linda decided to tackle her first fiction novel entitled Rage, which began as a single book. Eventually, the novel became a trilogy, and finally a much longer series. All the books are a part of The Marcy Series, a romantic suspense series.

There are thirteen novels in the series, five of which have been published so far. 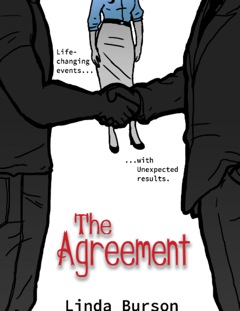 Blurb for The Agreement, Book 4 of the Marcy series:

After the perfect honeymoon, Brad and Marcy return to reality to begin their new life together. Unfortunately, Brad and Marcy’s wedded bliss runs into complications. Brad seems distant and cold, and Marcy is confused by his unexpected behavior.

When Marcy goes into labor, Brad is by her side. Later, Marcy confronts Brad about their crumbling marriage and decides it may be better for them to separate. Brad begs Marcy to reconsider, pleading with her not to leave.

For now, Marcy agrees to stay put with their son. Brad and Marcy reconcile. Brad forms a surprising and unexpected friendship which changes the course of their lives.

“I wonder why they came after you now. Do you think they know he’s dead?”

“I don’t think so. Maybe they were watching me, or they just happen to find me alone and vulnerable and took the chance. They did say something about me finally being there. It’s like they were waiting for me to return one day.”

“Maybe, but still something’s different. If they were scared enough of him that night, they must’ve thought he could find them anytime.”

“He could have, especially with Will’s help.”

“I don’t know. It was probably just a threat.”

“Marcy, the only thing that would scare someone that much is proving you can get to them anytime and threatening to kill them.”

I don’t say anything.

“Marcy, would he have killed them?”

“Bradley, why are you asking me this? How am I supposed to know?”

“I think you do know, and you’re protecting him.”

“Protecting him from what? He’s dead.” I start to cry so I turn away from Brad.

“Marcy, why are you crying?”

“Because you’re being cruel.”

I can’t answer that because he’s right. I’m still grieving, and saying the words he’s dead after talking about him and remembering him all evening is too much to bear.

“I’m just feeling the effects of the night, that’s all.”

“Please, Marcy, don’t lie to me. It’s okay to cry because he’s dead. I know you loved him. You never lied about that, and you’re more emotional and sensitive being pregnant.”

“If I say that’s why I’m crying, you’ll think I don’t love you enough.”

“That’s not true. I know you love me very much.”

“I’m not mad at you, sweetie. I’m just a little jealous that this man always seems to be your hero.”

“Brad, that’s what he does. He protects people. He was in the military for twenty years. He couldn’t protect his family from being murdered, so he protects others. You asked me if he would’ve killed them. If they hurt me, yes, I think he might’ve. What would you have done if they’d hurt me tonight? Shake their hands and forgive them?”

“You’re right, baby. I’d probably do the same thing he would’ve. I’d never let anyone hurt you, not ever. In fact, that’s probably the one time when he and I would be on each other’s side, working together, protecting you.”