Writing interesting characters is much easier when you've met a few. And as a night shift emergency nurse with over a decade of experience, Leslie has met more than just a few. Please welcome fantasy author, long-distance runner, pet-rescuer, and people-watcher Leslie Heath. 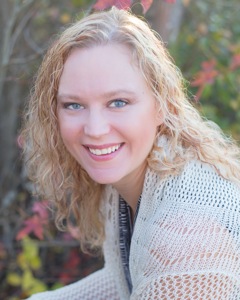 What's the title of the book you're currently working on? I'm working on the second installment of the Nivaka Chronicles, but I haven't settled on a title for that work yet.

How many books have you written? Published/unpublished? The Last Mayor's Son was my first novel. I'm editing my second book, and have outlined and begun to write the third.

What inspires you, as a writer? I love people-watching. Whether I'm at a mall, a theme park, or a Renaissance Faire, I pay close attention to the people around me: how they walk, how they talk, how they interact with each other, and how they handle challenges. They inspire me to create interesting characters who react to the world and events around them, as well as events that push those characters to their breaking points.

How do you come up with names? Sometimes, I use online name generators. Other times, I've spent hours playing in translator apps, searching for just the right combination of letters. I even named one of my characters after my dog; I just translated his name to a different language.

How do you come up with ideas? I usually start with an interesting detail, whether it's plot, character, or setting related varies from story to story. For example, The Last Mayor's Son was borne from a day at a treetop adventure park. I wondered what it would be like to have a whole town built at that height, and the story evolved from there.

Why is originality important in fiction? Or is it important? It's important to develop characters that stand out in readers' minds. If you manage that, along with a plot that engages the readers, you'll have a winning combination.

What would you consider a good example of originality in your fiction? In The Last Mayor's Son we meet Aibek, a young man raised by his aunt and uncle in the city. We get to experience the wonder of discovery when he arrives in Nivaka and sees how glorious a village in the treetops can be. Nothing in his previous experience has prepared him for the shock of a fully developed civilization built fifteen feet off the ground, and most readers haven't read anything similar, either.

Thank you so much for joining us Leslie, and for sharing your approach to writing original fiction! If you would like to experience more of Leslie's work, please check out the excerpt below. At the bottom of the page are links to her websites, as well as links to where you can purchase her book, The Last Mayor's Son. Please show your support!

Excerpt from The Last Mayor's Son: 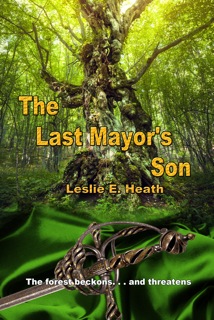 None of the travelers spoke as they carefully picked their way along the narrow trail. After a few minutes of walking, Aibek began to hear sounds of small animals moving in the brush, then birds singing overhead. He relaxed somewhat now that the silence was broken by
what he assumed were normal sounds. A short time later, he heard a new sound—the soft tinkling of water flowing somewhere nearby. The sound gradually grew louder as they walked, and soon Aibek saw a narrow stream with a rocky bed just to their left. He picked up the pace and hurried toward the welcoming brook.
When he reached its banks, Aibek dropped his pack on the mossy ground and stooped to drink from the cold, clear water. Beside him, Serik and Faruz did the same. Though the trees shaded them from the midday sun, the heat and humidity were oppressive, and the travelers smiled as they splashed the icy water over their sticky faces.
Aibek knelt on the stony bank and dunked his head under the swiftly flowing water. He gasped as he sat up, his hair dripping the cold water down his back and soaking his white linen shirt. He sat for a moment and stared up into the dense foliage above him. How could a village exist among those branches? What would the people have to eat? He looked down at the stream again and watched as a school of colorful fish swam downstream. How would they cook food in the trees? He hoped he wouldn’t be expected to eat raw food from now on. He shook some water from his hair, then bent and used his hands to drink from the cold stream again.
“It’s not much farther from here,” Serik announced.
Aibek smiled to hide his apprehension, then rose to his feet and gathered his pack. He barely noticed Faruz’s anxious expression as he waved his friend on by. They carefully picked their way over the crumbling bridge one at a time, with Serik leading the way. Faruz went next, and Aibek followed close behind.
As they walked, Aibek kept looking up into the densely-packed branches, trying to spot some sign of the civilization he knew somehow existed up there. He thought about his earlier imaginings of rope bridges and small treehouses. Was that what his new home looked like? Would he be able to see it among the heavy branches and thick leaves? He’d need to learn to navigate above the ground before he could consider taking over as the mayor. A new stab of apprehension struck him. What if he humiliated himself trying to learn? At least the thick moss on the ground would cushion his landing if he fell.
His thoughts kept his eyes trained on the foliage above the trail for long minutes. He looked down just in time to avoid colliding with a tree. He stopped short and looked around; his friends had continued around a bend in the path. Maybe he should pay closer attention to where he set his feet.
After that, he made sure to lower his eyes to the path at least once every three or four steps. Aibek certainly didn’t want to arrive at his new home bloodied and bruised from a mishap on the trail. Still, his thoughts remained distracted. He’d grown up in an area with few trees, and he’d never seen anything like the tall, thick trunks packed close together in this forest. The heavy foliage overhead obscured every trace of sunlight, leaving the path below shrouded in shadow and darkness.
Finally, Aibek peered into the leaves above the path and thought he could make out a wooden railing between patches of leaves. It was high in the trees; a large house could easily fit underneath the hidden structure. It looked like some sort of walkway—a sidewalk made of wood suspended in the trees. As he stared and continued walking, more of the wooden structure came into view between the branches and leaves. He slowed his steps and nudged Faruz, mutely pointing up at the mostly-hidden structure.


Find out more about Leslie at:

Buy the Rest of the Book Here: